by World Memon Organisation on 26 March 2018 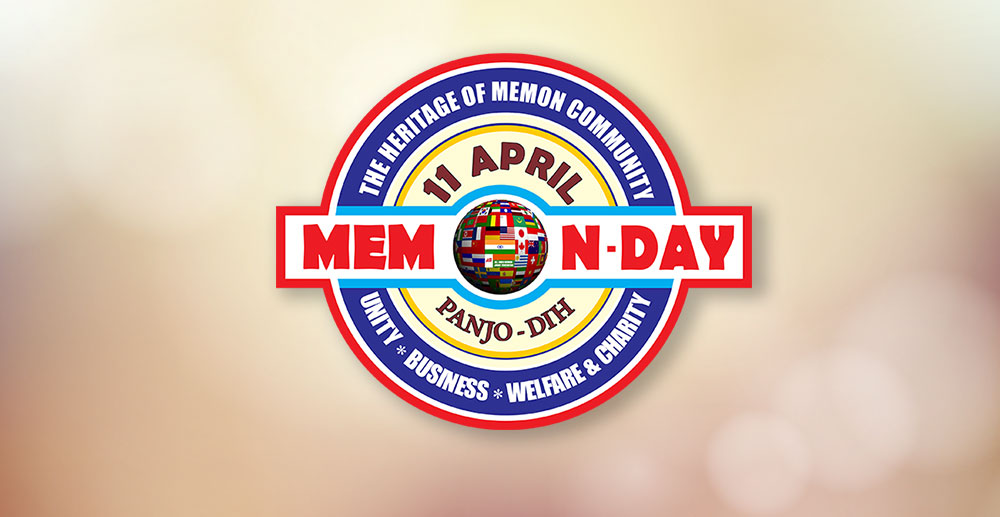 11th of April 2017 was celebrated as Memon day. This year it is poised to be even bigger and better. 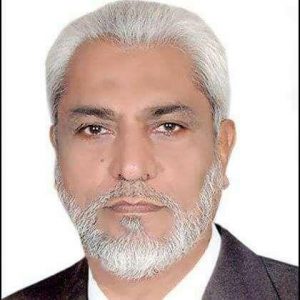 Memon day was the brainchild of the President of the All India Memon Jamaat Federation – Mr. Iqbal Memon Officer. The records bear testament that the Federation comprising of almost 500 Memon Jamaats rooted in the cities, towns and villages across India, was established on the 11th of April, 1971, which prompted Mr. Iqbal Officer to declare this date as Memon day to commemorate the historic occasion.

The Memon Community is spread across the Globe with a majority of the population based in Pakistan and India. Significant numbers also reside in UK, South Africa, Sri Lanka, North America and the Middle East. The community is renowned for its business prowess and philanthropy. Since their origin in Sindh during the 15th century, Memons have been a mercantile community of mostly traders. Over the years, as the community was blessed with wealth and prosperity for their dedicated hard work and  honesty, they grew in stature, as did their philanthropic endeavours. Having built several mosques, orphanages, hospitals, community centres and schools in many countries across the globe.

The Memon day celebrations too are an embodiment of the humanitarian values instilled within the community.

On the 11th of April, events will begin to unfold across the length and breadth of India, with nearly all 500 Memon Jamaats taking up innumerable worthy causes. From fruits, groceries and food distribution at hospitals and orphanages, blood donation drives, medical and health check up camps to women empowerment programmes. Everyone will stand united under the Federation banner and step up to the plate for the betterment of the Community and Humanity.

The World Memon Organisation too will play its part. Over the past few years, WMO Far East Chapter has donated funds towards building a school for children with special needs in Mumbai. The dream will finally become a reality on Memon Day. WMO North India Chapter shall distribute wheel chairs to the children as well.

The rest of the World too will join in, Memons of South Africa, Japan, Saudi Arabia, Middle East and Sri Lanka will distribute food packs and groceries to the underprivileged, UK is organising a Memon Mela (Fair) while the countries of Kuwait and Bahrain are arranging get togethers. There will be eye camps set up in Pakistan wherein free cataract surgeries will be carried out to mark Memon day.

Hundreds of orphans, children, the ailing, the suffering, underprivileged women and less fortunate families across India and the world will benefit from the extensive programmes conducted on the day.

It’s befitting then to mark a day on the calendar to hail the Memon community because it has given the World, distinguished humanitarians like Abdul Sattar Edhi, Haji Abdul Razzak Yaqoob (ARY), Abdul Satar Dada, Suliman Noor Mahomed (Solly Noor),Sir Iqbal Sacranie, Iqbal Memon Officer, amongst many others. Because philanthropy is in our blood, because we stand united to support a good cause, because our endeavour is to make the World a better place. And let’s commemorate the occasion by doing what our people do best – Serve Mankind.

But just as we don’t need a special day to express love for our families and friends or to do a good deed. Let it be a Memon day, today, tomorrow, each day, everyday because on this day, we celebrate Humanity, Compassion, Camaraderie and Brotherhood. A celebration worth repeating, 7 days a week and 12 months of the year. 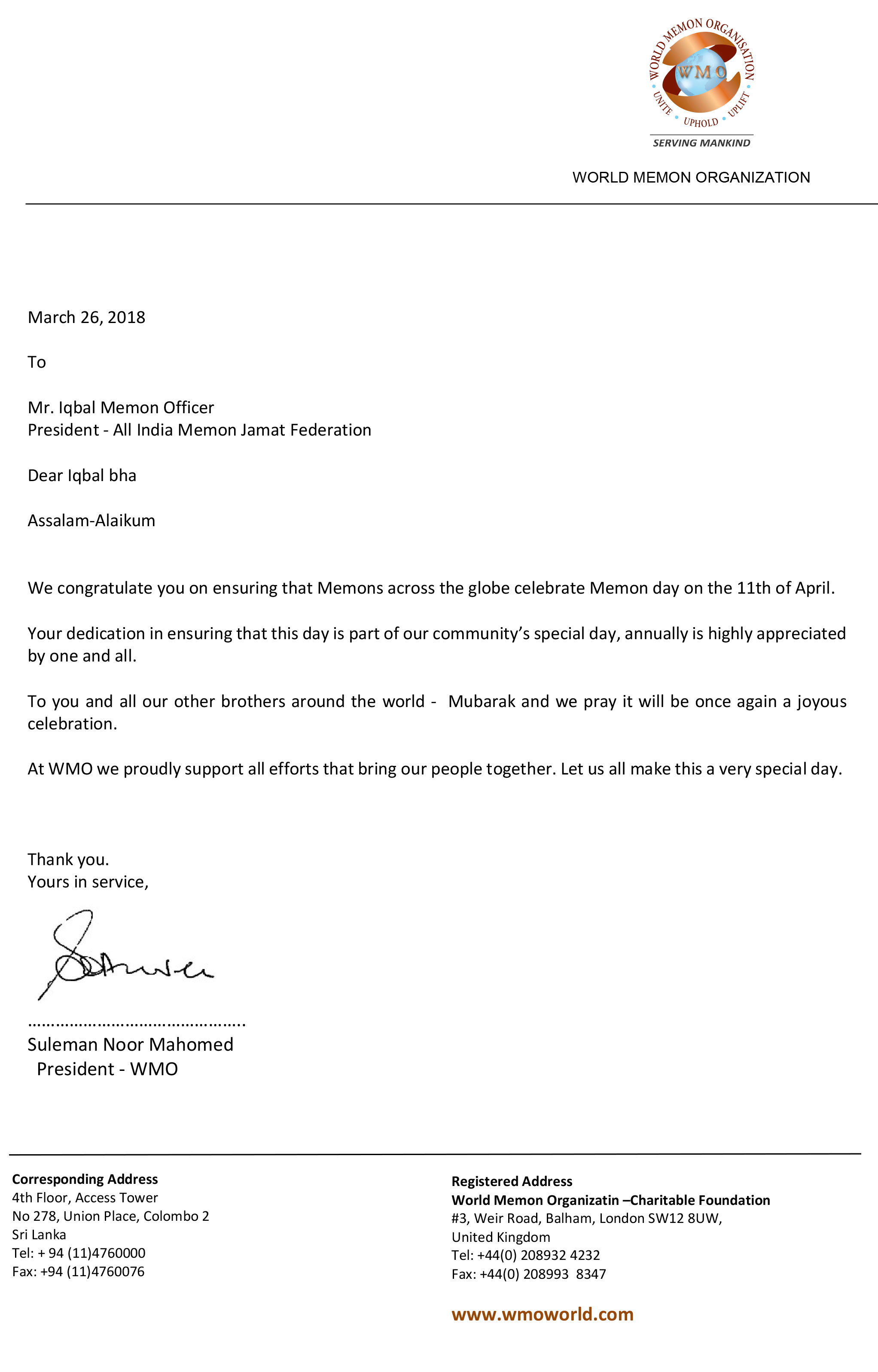