The Rise and Rise of Pakistan

by World Memon Organisation on 18 March 2018 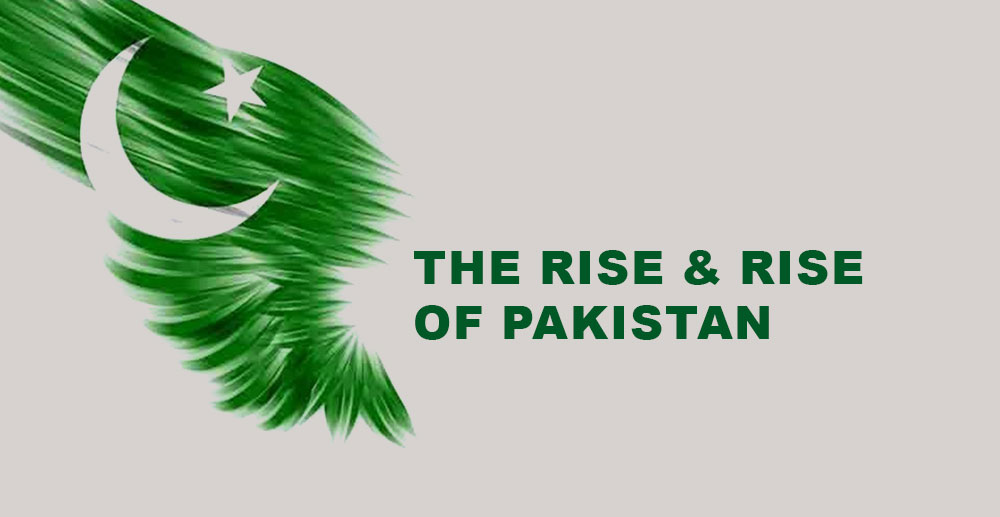 “People with goals succeed because they know where they’re going.”
Earl Nightingale

Pakistan Chapter has been one of the biggest revelations of WMO in the year 2018. 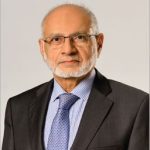 The change of guard with Mr. Hussain Lawai at the helm, has taken WMO Pakistan to unprecedented heights in a matter of months. Being a corporate man, perched on the highest pinnacles of the Global Banking Industry for a better part of his life, this visionary septuagenarian has been the cornerstone of the Chapter’s growth story.
Mr. Lawai has always shared cordial relations with the top brass of WMO, the local body and the Memon Jamats of Pakistan. On being appointed as Vice President of WMO Pakistan Chapter, he has further cemented these bonds to create a synergy towards achieving their common goal of Serving Mankind. 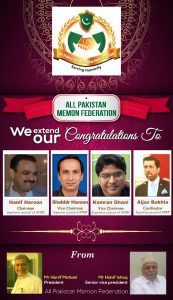 Mr Lawai is ably supported by his trusted lieutenants – Mr Altaf Jhangda (Regional Assistant Secretary) and Mr Gul Mohammad (Regional Treasurer). They have served as invaluable catalysts in the bonding of WMO Pakistan Chapter with the local Memon Jamats.

All Pakistan Memon Federation (APMF) and WMO Pakistan Chapter have collaborated on multiple occasions in the past few months, including the felicitation of Mr. Miftah Ismail (Advisor to the Prime Minister of Pakistan) and strengthened the youth wing by teaming up youngsters from both organisations. The recent induction of Mr. Kamran Gani – Vice Chairman (Global Youth Wing- WMO Middle East Chapter) into the Supreme Council (APMF) is yet another step towards unifying both organisations. 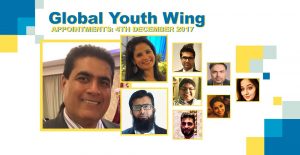 Mr. Lawai’s collaboration with Mr. Bashir Sattar (Chairman of Global Memon Youth) has brought the Pakistan Youth Wing to the fore. Ms. Reeda Sheikhani has been elevated to the position of Secretary – Global Youth Wing and the dynamic local youth wing has embarked on an ambitious journey under the able leadership of Mr. Arsalan Hashmani. 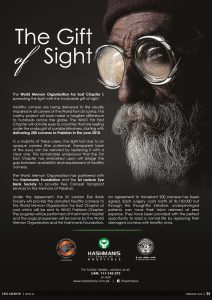 The range of humanitarian endeavours have been literally eye openers with the “Gift of Sight” being a noteworthy, stand out, international project. Healthy corneas are imported from Sri Lanka, courtesy WMO Far East Chapter, to restore the sight of individuals suffering from corneal deformities in Pakistan. WMO has joined hands with the Hashmanis Group of Hospitals and contributed towards the surgical expenses thus all corneal transplant operations are conducted free of cost. 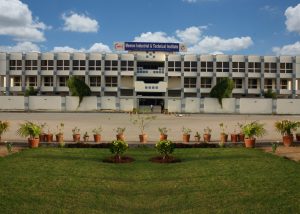 The Memon Industrial and Technical Institute (MITI) continues to be the flagship project of WMO under the outgoing Vice President of Pakistan Chapter – Mr. H M Shehzad. The Chapter is creating brighter futures for thousands of Pakistani youngsters by teaching them various skills at this prestigious vocational training institute in Karachi. The seamless transition of power is testament to the leadership skills of Mr. Hussain Lawai and the induction of proficient staff members like Mr. Rehan Bandukda (Regional General Manager – WMO Pakistan Chapter) who have increased the Chapter’s efficiency by several folds give invaluable insights into Mr. Lawai’s visionary foresight of building the perfect team to execute the job. 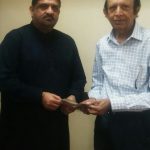 The donors are flocking to WMO Pakistan Chapter and the recent sizeable contribution by Mr. Mohammed Farooq Samana towards the pertinent causes of Education and Empowerment are ample proof that the Chapter is headed in the right direction.

Mr. Hussain Lawai is a leader who knows the way, shows the way and goes the way. With a corporate style of functioning, single minded devotion towards achieving his goals and an inborn ability to take strategic decisions, he has translated his vision into reality for WMO Pakistan Chapter.