by World Memon Organisation on 31 December 2017 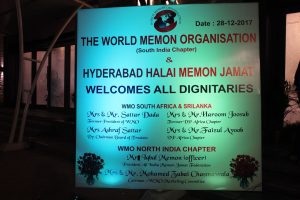 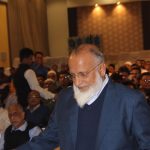 An elaborate presentation was delivered to a sizeable audience comprising of the crème de la crème of the Hyderabad Memon Community, encompassing the broad spectrum of humanitarian services rendered by WMO in its 7 chapters of India, Pakistan, Middle East, Far East, Africa, Europe and North America. It was followed by a series of motivational talks from Mr Satar Dada (former President of WMO), Mr. Ashraf Sattar (Deputy Chairman – WMO Board of Trustees), Mr. H E Abdul Azeez, Mr Shabbir Bhojani (President – Hyderabad Halai Memon Jamat) and Mr Iqbal Memon Officer (President – All India Memon Jamat Federation) encouraging the audience to partake in the thoughtful initiatives undertaken by WMO and the Jamaat for the betterment of Humanity. 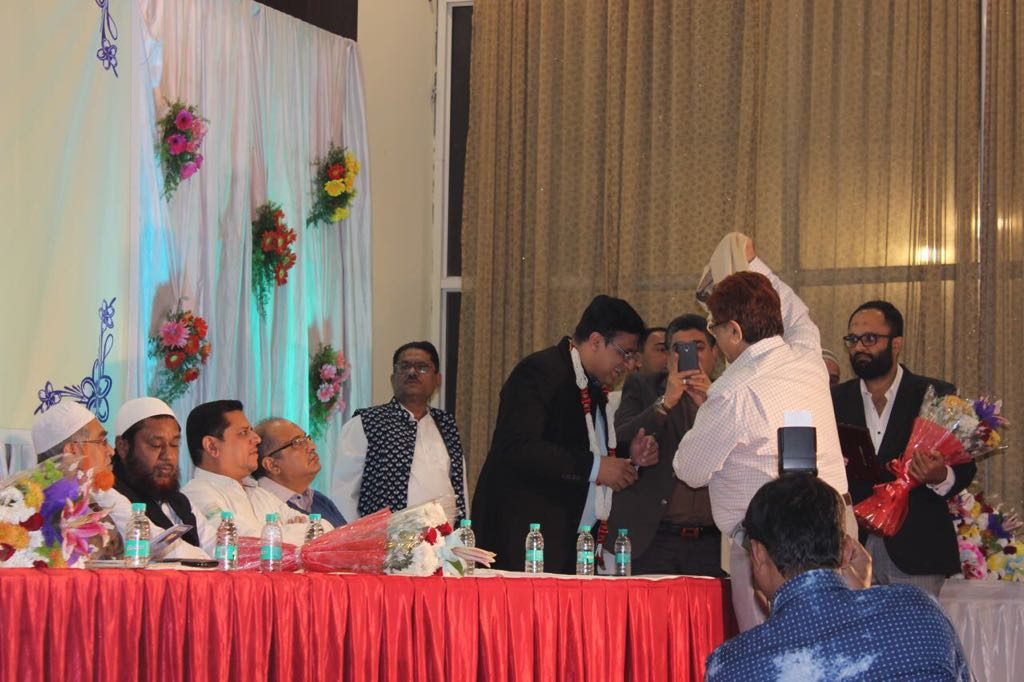 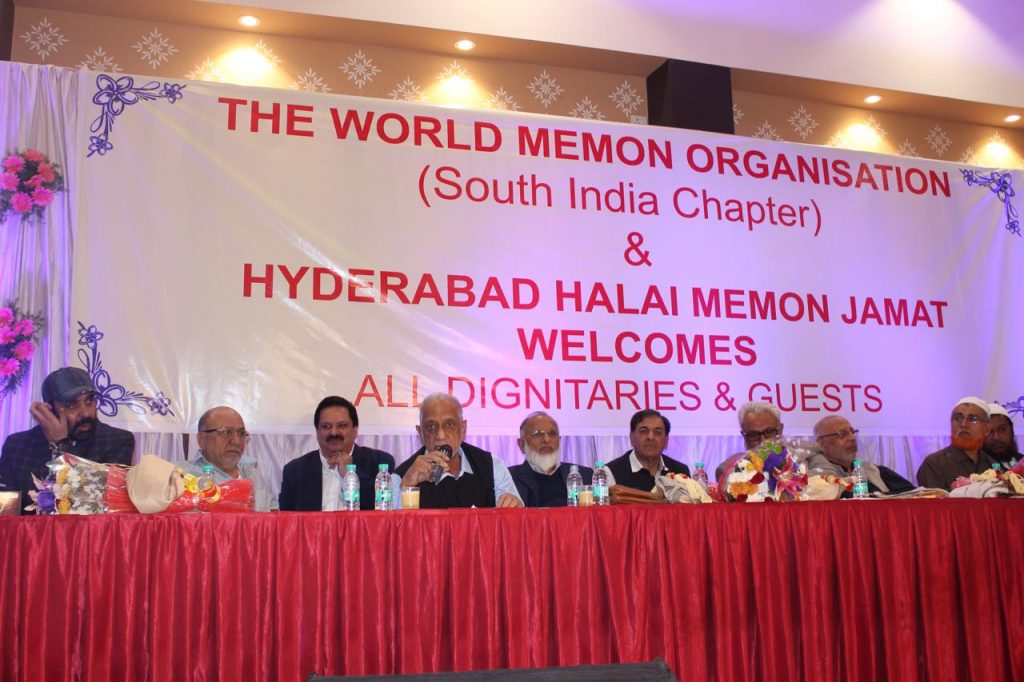 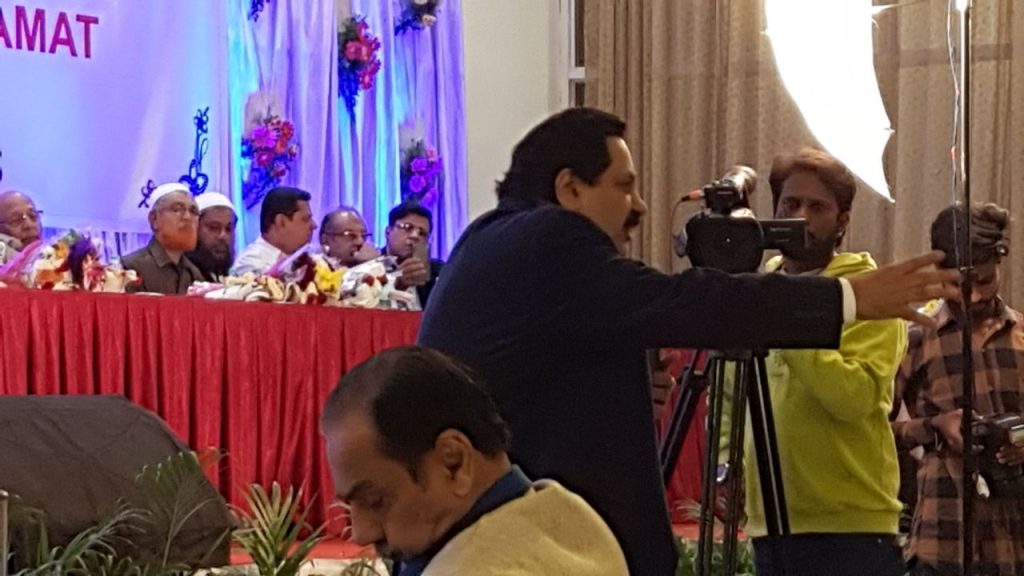 Mr. Ashraf Sattar reaches out to the gathering 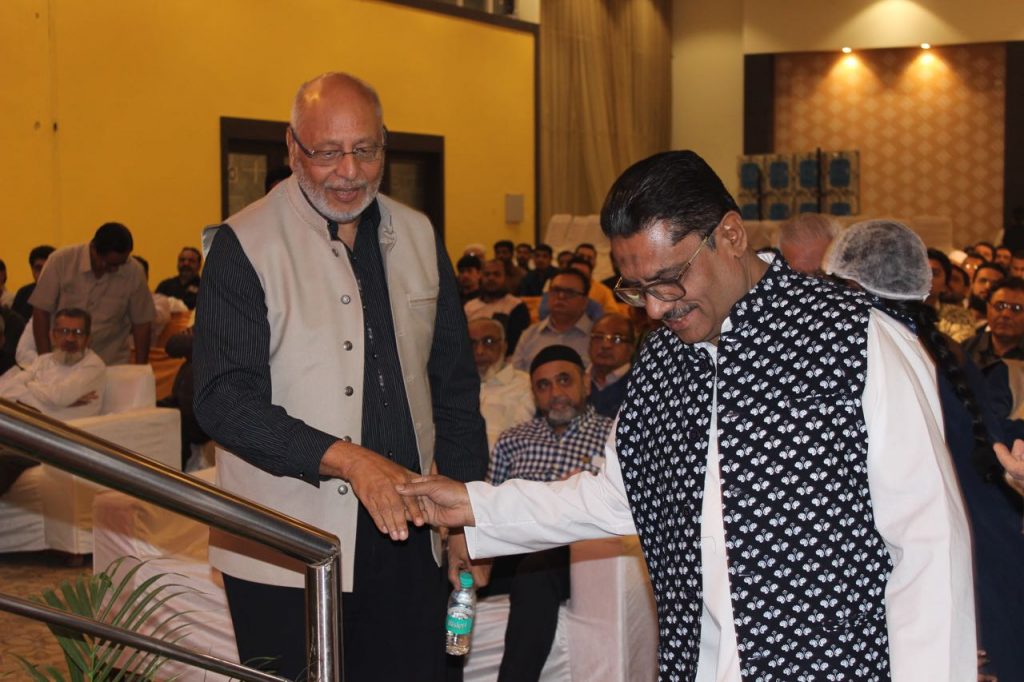 Mr. Haroon Joosub – former VP of Africa Chapter and WMO Trustee was an esteemed guest at the Convention. 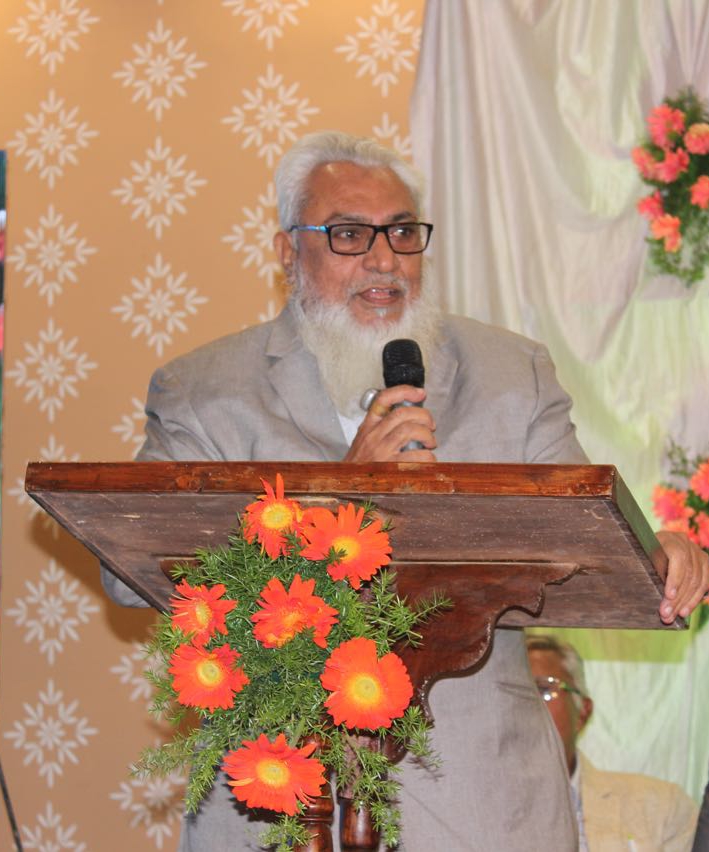 Mr. Iqbal Memon Officer delivered another gem of a speech at the Convention 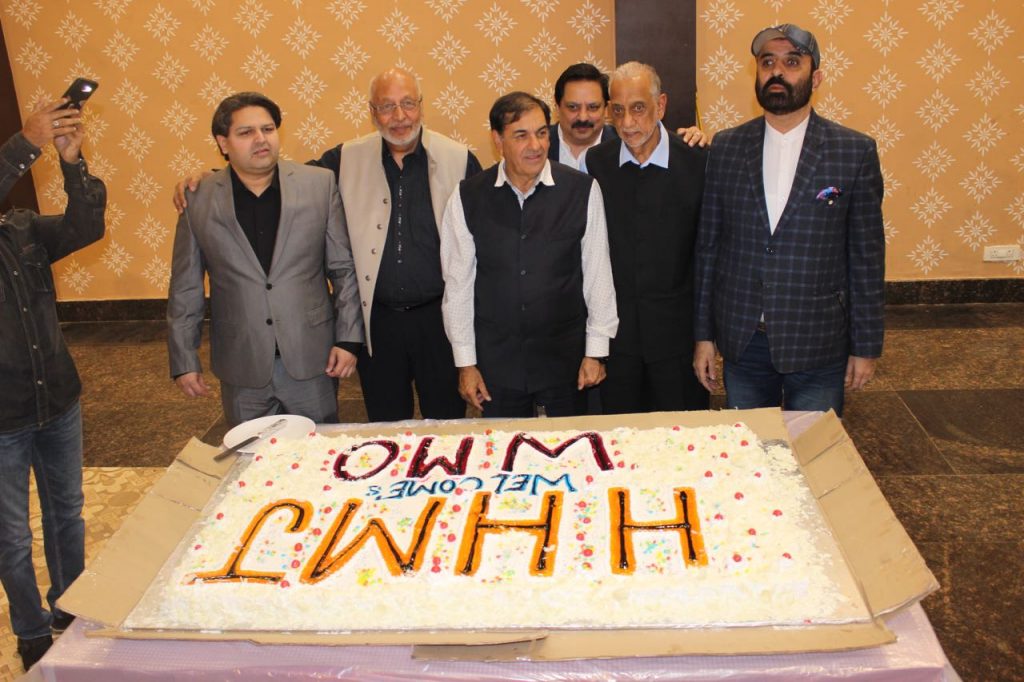 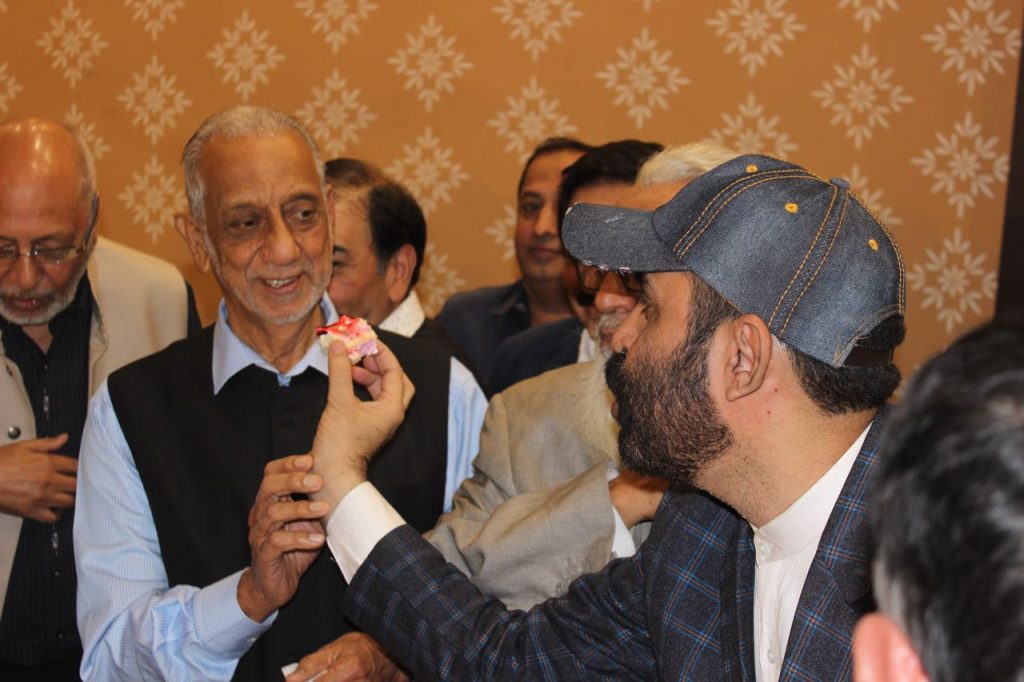 The stand out moment was an articulate and inspired speech delivered by Mr. Feizul Ayob, VP – WMO Africa Chapter and former Secretary General of the organisation. The hall resounded with applause as the WMO stalwart underlined that the World Memon Organisation was indeed the glue that held the Global Memon Community together. 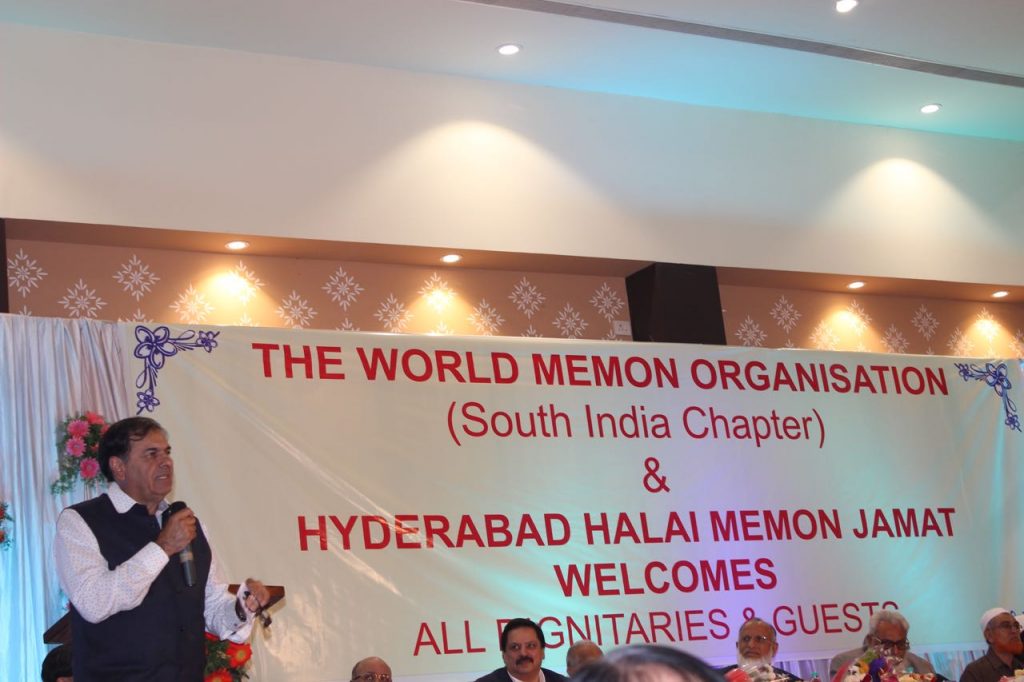 It was a memorable evening to initiate the South India Membership drive in a city renowned for its immaculate pearls, divine biryani and the magnificent Charminar. The lavish spread, warm hospitality, palpable excitement and the extraordinary fervour witnessed at the Hyderabad Convention were ample proof that WMO had left its indelible mark on the land of the Nizams. 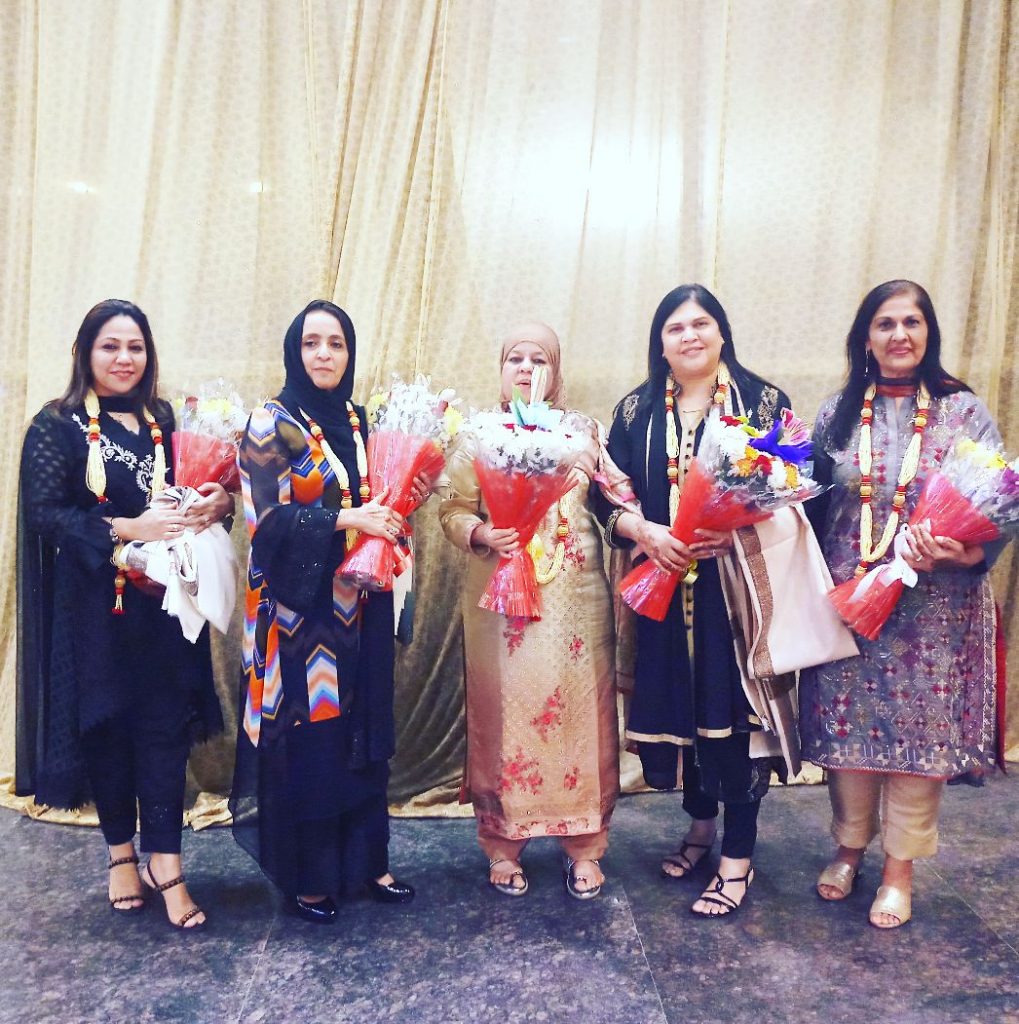 A rose for a rose