Since the 15th of May, heavy rains have lashed Sri Lanka, including the capital city of Colombo, heaping widespread damage across the nation and affecting more than a hundred thousand people.

Flash floods ravaged the country with fields and streets laying submerged. The incessant rains triggered landslides that threatened to engulf entire villages, bury families and homes. The Army has been deployed for relief and rescue operations. Many villages have been evacuated, thousands have been displaced from the comfort of their homes and the death toll is rising with each passing day.

WMO has always answered the call of the unfortunate victims of a human tragedy or a natural calamity in any part of the World. The organisation has been on the forefront and has contributed in every possible way to alleviate the pain and misery of those who seek refuge under these tragic circumstances.

The resilient Youth Wing of the Far East Chapter stepped up to the plate, braved the inclement weather and unflinchingly waded in neck deep waters to bail out the victims of this devastating tragedy. The regions around Malwana bore the brunt of the storm hence the 3 day operation undertaken by the youth wing was centred around the town. Malwana, situated on the banks of the overflowing Kelani river, 14 km north-west of Colombo has a significant Muslim population.

On the 24th of May, a team of youngsters reached Malwana. Two boats were hired to deliver relief aid to the flood victims stranded in their submerged homes which remained inaccessible by road.

The 3 day operation began with identifying the families that needed urgent attention. The team travelled from Colombo to Malwana by car, then walked in knee deep water and finally navigated in boats, the regions where the incessant rains had caused the water levels to swell, inundating homes and vehicles. The catastrophe had left behind a trail of human misery, there was no food, shelter or livelihood. A hundred families were earmarked for distribution of relief aid after ascertaining their needs. 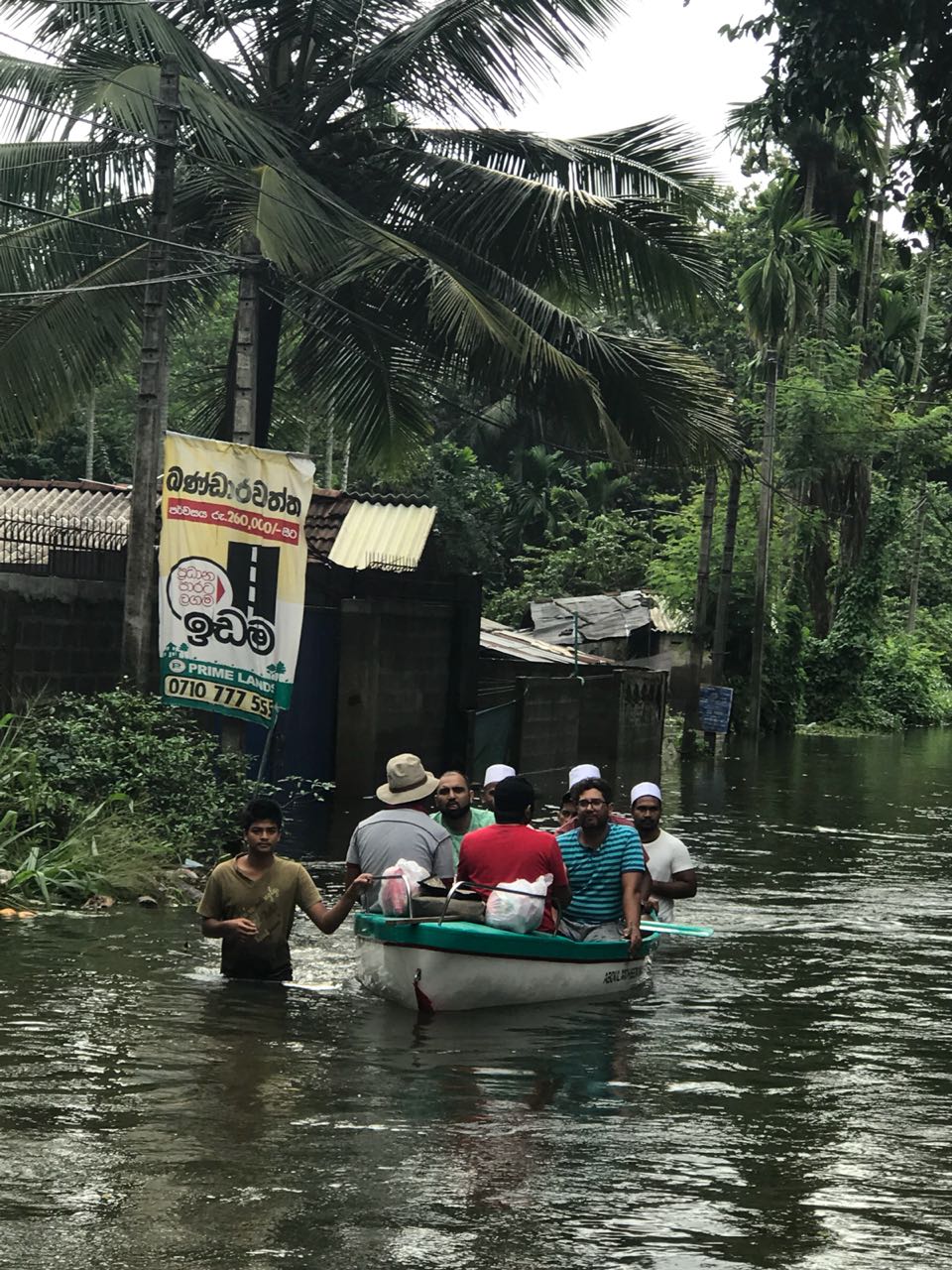 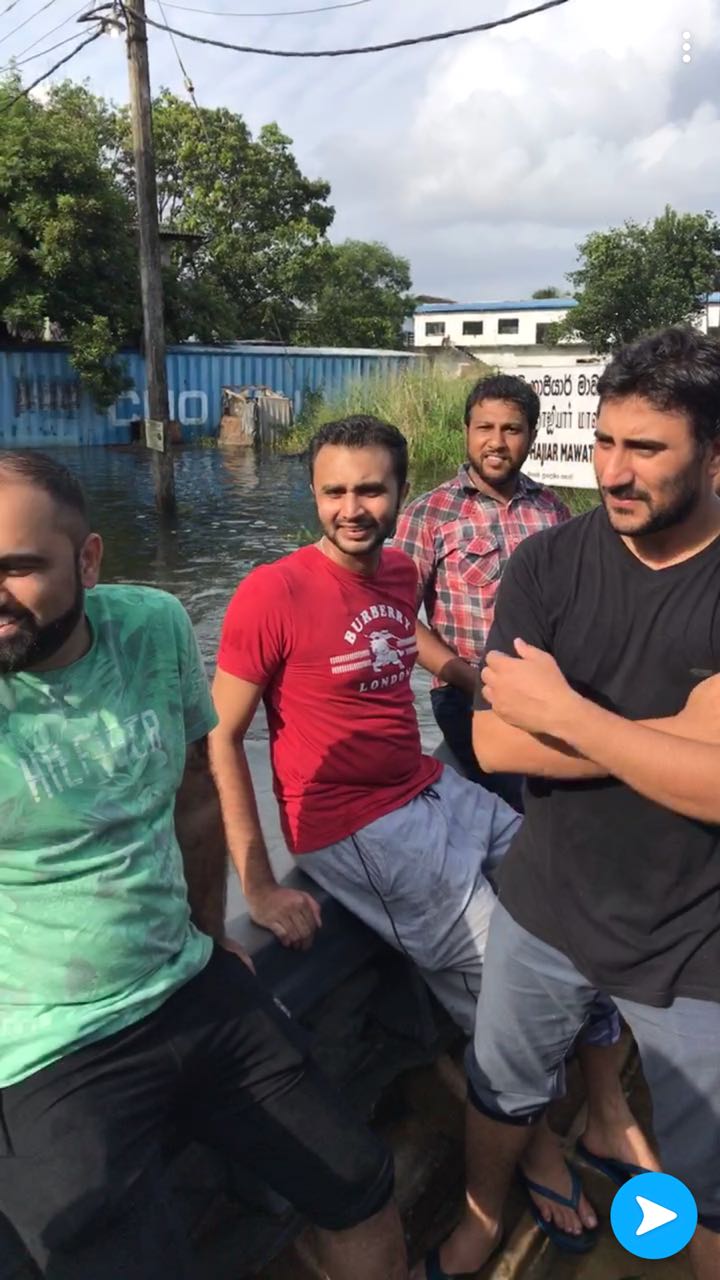 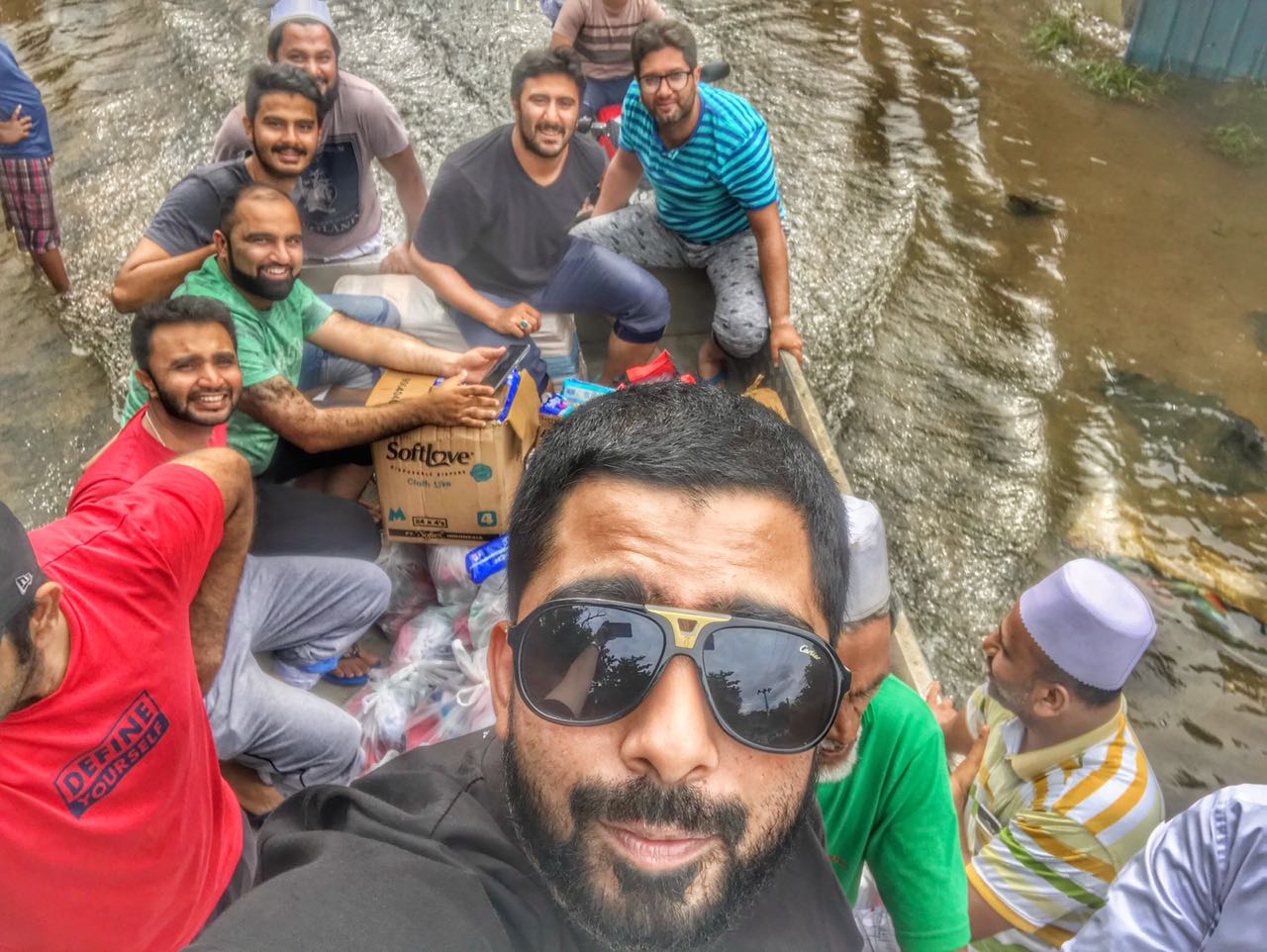 The next day was spent in preparing the relief aid packs. Separate hygiene packs were put together for men, women and babies that included diapers, towels and bedsheets. Essential foods, medicines and household items were also added. The cost of each pack was around 1600 Sri Lankan rupees and the bulk of the funds were provided by the youth wing. 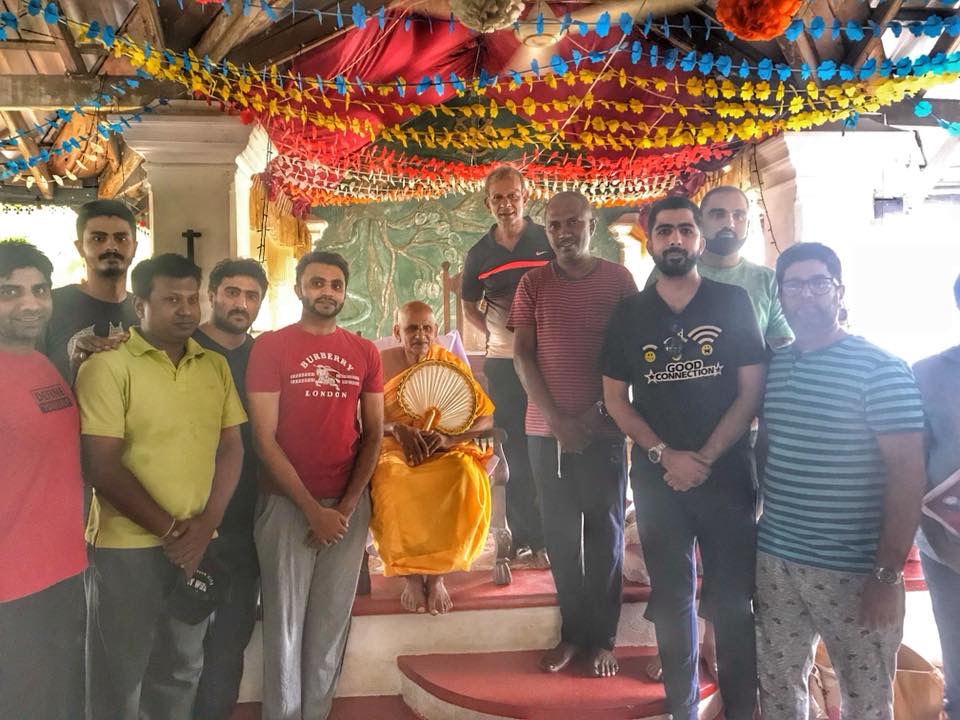 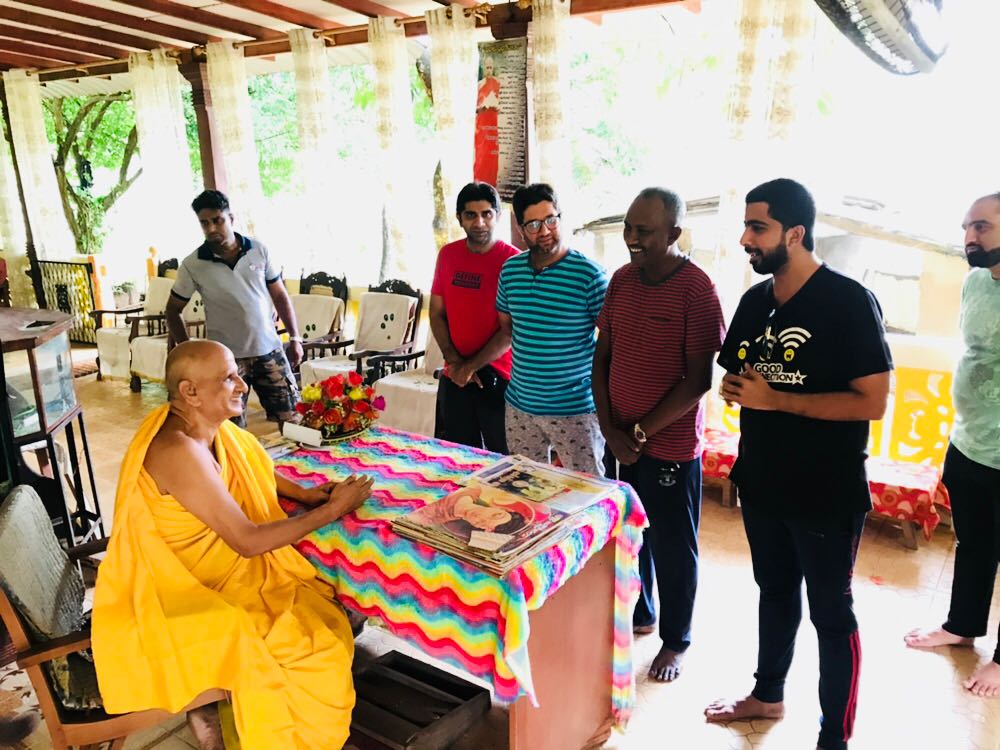 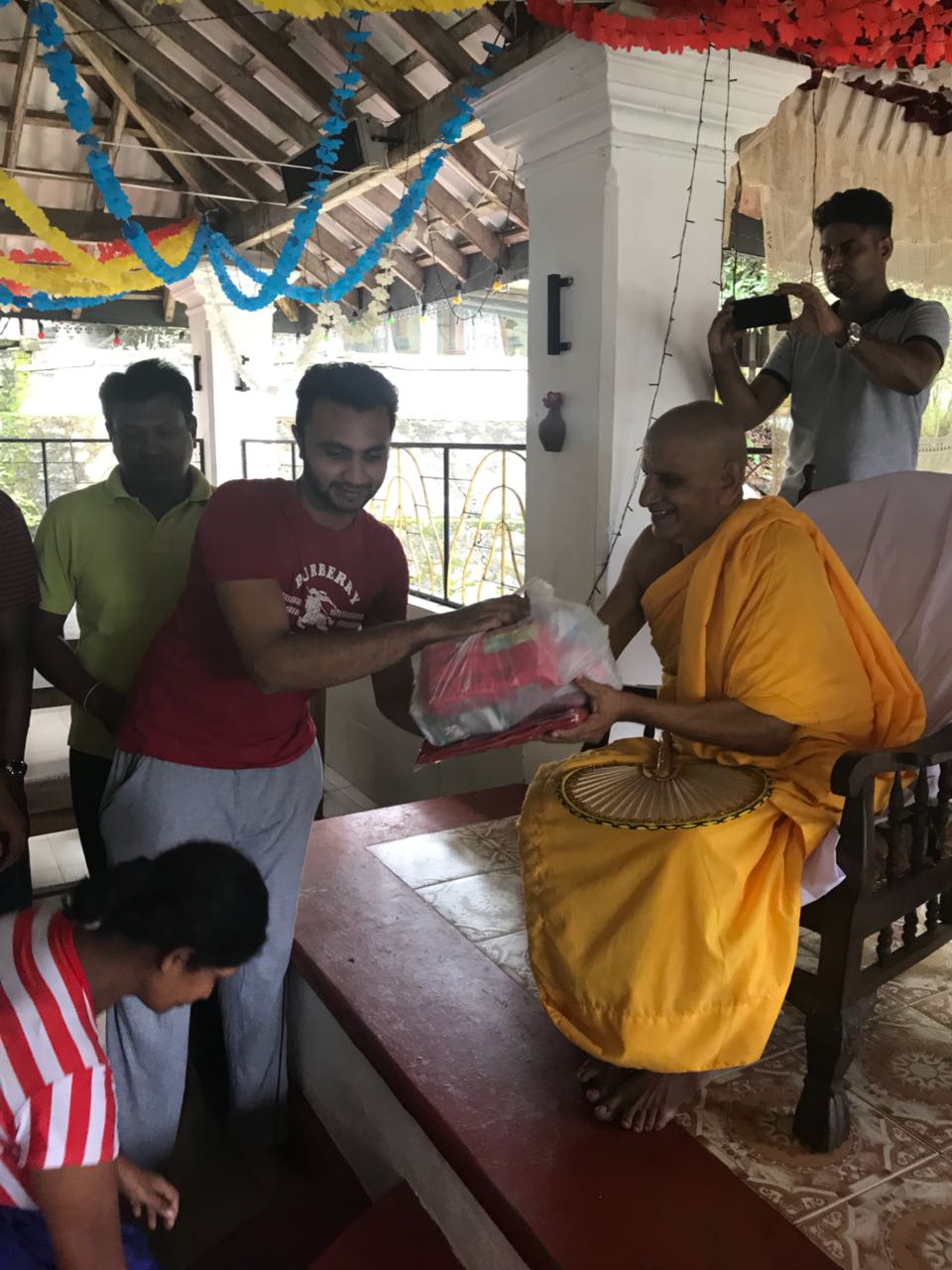 The third day involved widespread distribution of the packs to maximum flood victims. The team of youngsters delivering a glimmer of hope through the gathering, dark clouds.

If there were any doubts that the World Memon Organisation worked for a particular community or religion, then this recent catastrophe has dispelled them all. Relief aid was distributed at the temples of Malwana where the faithfuls had gathered to escape the torrential floods. The priests showered their blessings on the gathered youth wing as they went about their task to serve all mankind.

The falling rains washing away the last remains of the ethnic divide.

Please contribute towards the pertinent cause of saving lives. Your timely donations help us to promptly deliver at the most vulnerable times.