previous
Spreading the Light with Gift of Sight.
random
next
Efforts Towards the Welfare of Orphans
0 comments 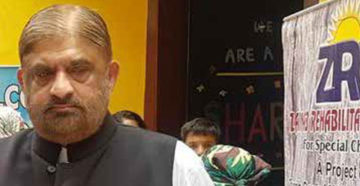 Zainab Rehabilitation Centre (ZRC) is a home for children with special needs established in Karachi, Pakistan. A majority of the Memon organizations based in Pakistan and across the globe, extend their support and patronage towards this wonderful centre that works for the admirable cause of providing the utmost care for differently abled children. The World Memon Organisation Pakistan Chapter is one such organization.

Most of these differently abled children have overcome their cognitive, mental and physical disabilities, thanks to the sincere dedication and tireless efforts of the staff and teachers of the Zainab Rehabilitation Centre. They have become selfsupporting, self-reliant and have proved themselves second to none. What better way to celebrate Independence day than with these little angels who epitomize the spirit of Independence as they gradually spread their wings and aim for the skies.