by World Memon Organisation on 31 October 2017 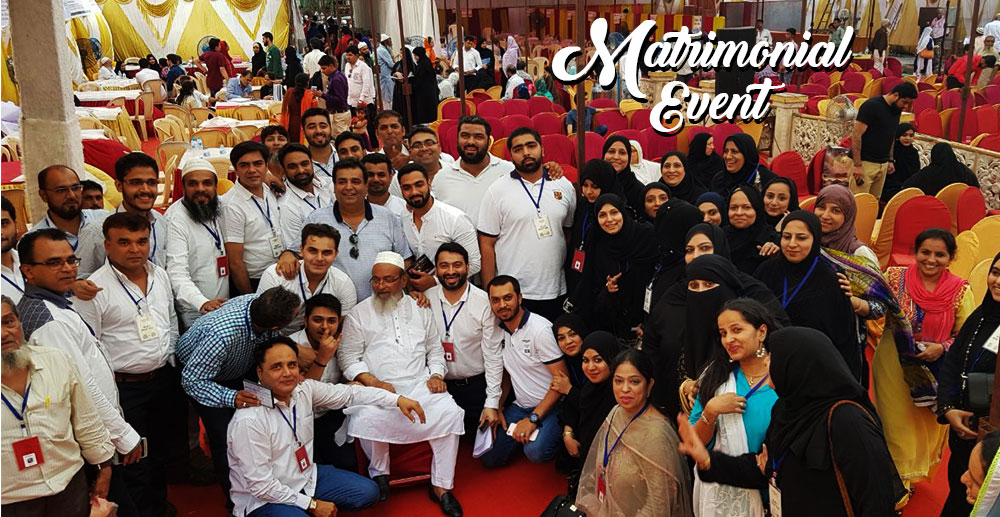 WMO India Chapter under the leadership of it’s VP, Mr. Ehsan Gadawala organised a matrimonial event on a scale and grandeur that was yet unheard of. On the 29th of October, a record 1500 Memons gathered at the grounds in the suburbs of Mumbai to participate in the grand event.

Haji Amin Gadawala Foundation Trust collaborated with Andheri Suburban Halai Memon Jamat and the World Memon Organization to bring together 453 eligible boys and girls in the presence of their parents to seek prospective brides and grooms.

“What would we be without an identity?” states an emphatic Afsana Gadawala, the better half of Ehsan Gadawala and the driving force behind the event.

As she continues in the same vein, “We are living in a multi racial , multi cultural and multi religious environment – it is only natural for those with foresight to realise the importance of cultural and language preservation.

By creating platforms where a Memon boy is introduced to a Memon girl it encourages interaction within ones own community and enables the first choice to be from ones own culture , religion , language – its merely an attempt at preservation of culture in the world that we live in!“

Mrs Raziya Chashmawala, Deputy Chairperson of WMO Ladies Wing (North India Chapter) who heads Memon Connections, an endeavour by WMO International Ladies Wing that seeks suitable alliances between eligible Memons from across the globe adds, “This is truly an amazing and revolutionary step taken by WMO India Chapter under the guidance of our VP, Mr. Ehsan Gadawala that will serve the Memon Community well in the future.

Though I myself, run a Matrimonial Centre since the past 30 years, this is a first for me, wherein 200 boys and 300 girls have come together, face to face. Both boys and girls have been offered multiple choices and a conducive environment where they can interact with each other, and their respective parents.

This is a great achievement and we hope that many suitable alliances will come out of this noteworthy endeavour which must be repeated on a regular basis to encourage marriages between children of our own community.“

A word of thanks to all the volunteers, especially the youngsters for organising a flawless and memorable event, all the sponsors for making it possible and our heartfelt gratitude to Mr. Haroon Chunawala (President of Andheri Suburban Halai Memon Jamat) for his steadfast support.

We hope this event is the first of many, that will serve as a confluence of hearts, minds and souls leading to many happy, memorable and eternal unions under the auspices of the World Memon Organisation with the blessings of the Almighty. The Indians have set a benchmark, and other Chapters should follow-suit; in an attempt to make the heavenly-bond of marriage, in essence, a celestial one.