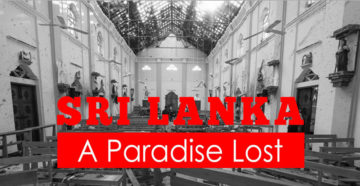 Saturday marked a decade of the end of the bloody civil war between the government and the LTTE. 18th of May 2019 witnessed the 10 year anniversary, the commemoration of a decade of peace since the eradication of terrorism that plagued Sri Lanka for three long decades.

Ironically the country was still reeling under the scars of the Easter Sunday bomb blasts which killed 250 innocent civilians and brought back vivid memories of its gruesome past. Peace and stability are once again under threat in the island nation, following mob attacks on Muslim-owned homes, mosques and shops in the country’s northwest. It is unsettling to witness the recurrence of hostility and violence against ethnic and religious minorities in Sri Lanka.

The recent terrorist attacks and riots in the North West Province have firmly thrust the Christian and Muslim communities into the vortex of horrific violence which was the hallmark of the brutal civil conflict a decade ago. World Memon Organisation Far East Chapter partnered with Memon Aid, Sadaqa Bulletin, Lanka Relief & Development Foundation and Families Relief to provide relief aid to the innocent victims of the mindless attacks.

We would like thank our donors for their magnanimous generosity towards the pertinent cause. Your timely contributions help us to Serve Humanity at their most vulnerable times. We are eternally grateful to the army for providing us with adequate security during our travel and distribution.

The teams personally visited the affected regions to assess the damage caused to homes, offices and places of worship. There was an urgent need to restart businesses as most families had lost their only source of livelihood and were enduring severe hardships during the month of Ramadan. Monetary assistance was provided to rebuild the shops and a few families who had lost their only breadwinners in the savage attacks were put on a viable program wherein they would be sustained on a long term basis.

WMO shall continue its endeavours to serve our brothers and sisters in Sri Lanka. We hope and pray during this month of infinite hope and mercy that the Almighty bring an end to the violence, hatred and discord. Grant us Peace which is true, perfect and everlasting.