by World Memon Organisation on 7 September 2017 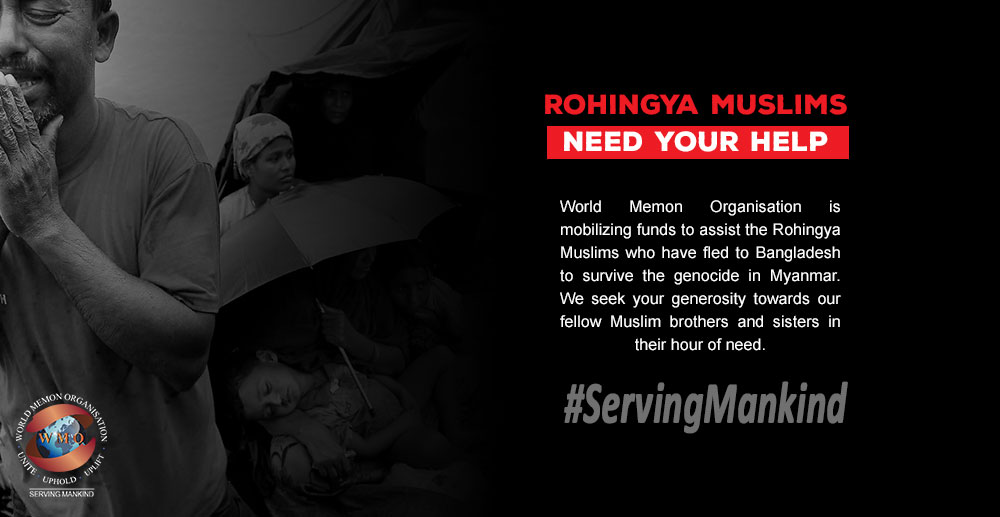 Described by the United Nations as one of the most persecuted communities in the world, the Rohingya’s predominantly Muslim population were denied citizenship under the archaic 1982 Burmese citizenship law.

Extreme atrocities against women and children, wiping out of entire villages by Myanmar forces have triggered the mass exodus of villagers to Bangladesh.The surge of refugees, many sick or wounded, has strained the resources of aid agencies and communities that are already helping hundreds of thousands displaced by previous waves of violence in Myanmar. Many have no shelter and aid agencies are racing to provide clean water, sanitation and food.

World Memon Organisation is mobilizing funds to assist the Rohingya Muslims who have fled to Bangladesh to survive the genocide in Myanmar. We seek your generosity towards our fellow Muslim brothers and sisters in their hour of need.

WMO stands firm, shoulder to shoulder with the Rohingya community during these uncertain times when these Citizens of the World have lost their basic human rights to live with freedom and dignity in a Country, they once called home.