by World Memon Organisation on 31 December 2020 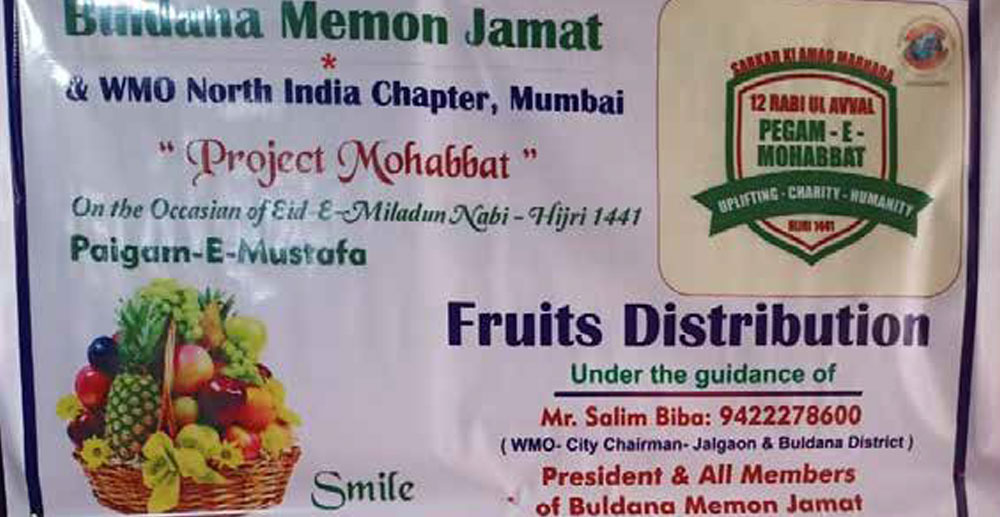 One of the loftiest graces, Allah Swt has bestowed upon our Ummah was sending prophet Muhammad (PBUH) as a messenger and a guide.

Scholar Sa’di indicated that “this bounty is the most valuable of Allah’s bounties bestowed upon His worshippers. He sent them this noble prophet to take them out of misguidance and protect them from
perdition.”

In the noble Quran, Allah Swt states what can be translated as “Indeed there has already come to you a messenger from (among) yourselves. He is concerned by your suffering, anxious for your well-being.
To the believers (He is) constantly compassionate, constantly merciful.” (tmq 9: 128)

Prophet Muhammad (PBUH) prayed for us, his Ummah every single time in his prayers.

[Al-Bukhari] Prophet Muhammad (PBUH) saved his ultimate supplication for us, his followers to the day of judgment whereas the rest of the prophets, may Allah’s peace and blessings be upon them, have utilized theirs during their lifetime. Prophet Muhammad (PBUH) said: “For every Prophet there is one invocation which is definitely fulfilled by Allah, and I wish, if Allah will, to keep my that (special) invocation as to be the intercession for my followers on the Day of Resurrection.”

When Mr. Ehsan Gadawala (VP of WMO North India Chapter) initiated the Mohabbaten project on the eve of Eid – E – Milad – un – Nabi (Birthday of the Prophet), the objective was to spread the love (Mohabbaten). Unbounded and everlasting love that prophet Muhammad (PBUH) has in his heart for his Ummah, immeasurable love that we have towards our beloved Prophet and the love that we can express towards our fellow human beings by undertaking charitable endeavours that would uplift Humanity.

When Mr. Gadawala envisioned project Mohabbaten, the message he sent out was very explicit. He wanted the Indian Memon Community to come together on Eid and provide a broad spectrum of humanitarian
services to the less fortunate of the country. The essence of Mohabbaten is the very ethos of the World Memon Organisation – to Unite, Uphold and Uplift Mankind. Hence all WMO members, volunteers and youngsters across India worked around the clock to initiate endeavours to Serve Mankind on the 10th of November and celebrate the birth anniversary of the Prophet.

SPREAD THE LOVE: WMO teams organised and executed project Mohabbaten across 70 towns & cities in India and amongst all age groups, irrespective of caste, religion, community or creed.

FRUIT DISTRIBUTION: Fresh fruit packets were distributed to the ailing at hospitals.

MEDICAL CAMPS: Medical camps were organized and arranged across India to provide medical assistance to the suffering.

SCHOOL KIT DISTRIBUTION: School kits were distributed to children in order to encourage education amongst the poor.

CLOTHES DISTRIBUTION: New and used clothes were delivered to the ailing in various hospitals.

TREE PLANTATION: A large number of trees were planted by teams across the country to support the environment and create more green lungs in towns and cities.

SOUTH AFRICA: On the occasion of Eid – E – Milad , the Africa Chapter partook in the Mohabbaten initiative and provided menstrual cups to underprivileged girl students in Johannesburg.

Project Mohabbaten was a very profound experience, especially for the many youngsters who participated in the program for the first time and gave it their all for their brethren. “Allah Swt calls upon us to care for our Ummah, especially the underprivileged, to uplift the less fortunate; it’s a call to better our communities, our towns, our nations and the World,” asserted a Youth Wing member, “ and what better day to answer the call, than on the birth anniversary of our beloved Prophet.”

Project Mohabbaten will be remembered for its expressions of boundless love towards our fellow human beings through the many acts of kindness. It was an apt day, a momentous day to send out our beloved Prophet’s message, that the best form of love, is the love for his Ummah.