Efforts Towards the Welfare of Orphans 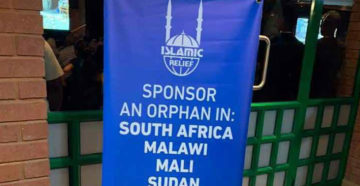 Purposeful Giving is a charitable organization based in South Africa that endeavours to make a difference in people’s lives by empowering and uplifting women, children and the underprivileged. It is also the apex body of WMO Africa Chapter.

On the 12th of September, Purposeful Giving hosted a fundraiser at the Al Ghazali auditorium in Laudium, Pretoria to support Islamic Relief’s efforts towards the welfare of orphans in several countries including the war-torn regions of Syria, Sudan and Kashmir. The evening featured an on-stage performance by popular South African singer and songwriter Zain Bhika.

Within an hour, WMO Africa Chapter pledged a hundred thousand rands towards the admirable cause. The aim is to raise five hundred thousand rands. A million children have been orphaned in Syria alone and the UN have warned of the perils faced by these children including lack of education, trafficking and indoctrination by armed, militant groups.

Please contribute towards this worthy cause of saving these vulnerable children as our beloved Prophet, peace and blessings be upon him, said, “Myself and the caretaker of an orphan will be in Paradise like this,” and he held his two fingers close together.