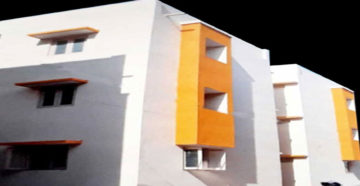 Kodinar is a city situated on the South coast of Gujarat with a sizeable Memon population. On the 30th of March 2019, WMO North India Chapter handed over the keys of 18 homes to less fortunate families of the Memon community in a simple ceremony.

This WMO Aashiyaana housing project is the first legacy project to be completed during the tenure of WMO President Mr. Solly Noor. The project was initiated by Mr. Ehsan Gadawala (VP – WMO North India Chapter) and singlehandedly funded by members of WMO North India Chapter which is an accomplishment in itself.

The word ‘Ashiyaana’ means a nest in the urdu language. A fitting name to a most enduring legacy – a roof over the heads of the underprivileged families of the Memon Community – a nest for all to come home to.