by World Memon Organisation on 8 April 2015 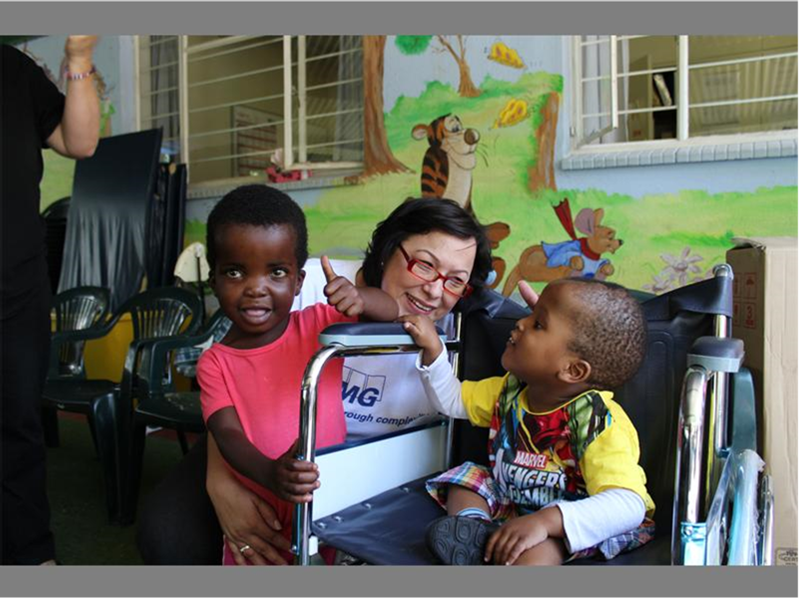 CRAIGHALL-The Sunshine Association is a non-profit organisation which focuses on the early intervention of children with intellectual disabilities, and offers diverse services to children with a wide range of disabilities.

On 4 December, Yunus Suleman, chairman of KPMG along with several staff members, as well as representatives from WMO presented the wheelchairs to the association at their centre in Craighall.

Suleman thanked the staff at the association for their dedication and continued effort, and acknowledged that the work done by the centre was not easy.

In considering which charitable causes to support and as a part of their Christmas tree drive, staff at KPMG felt that children, regardless of their backgrounds or disabilities, should be supported in every way possible to further their education. 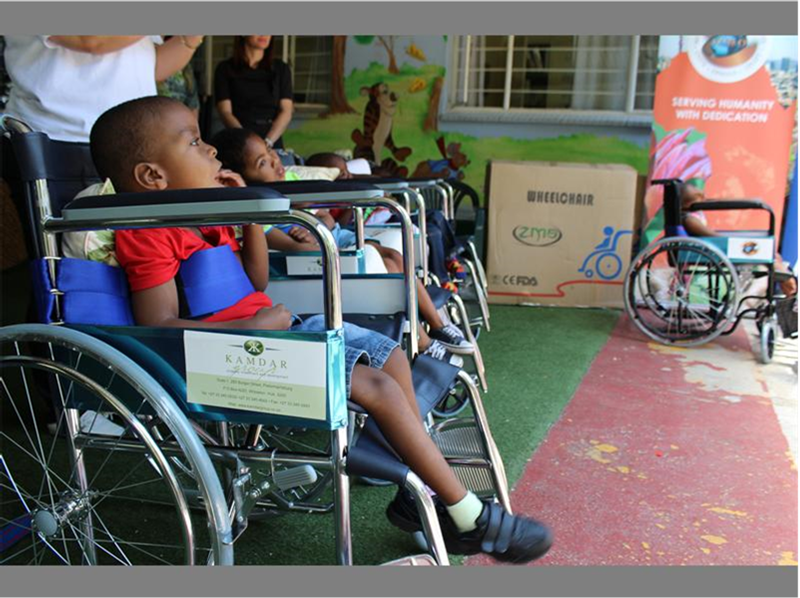 Suleman, who is also a member of the World Memon Organisation reached out through this network and received the wheelchairs from businessman Yousuf Kamdar.

Kamdar was unable to be present at the handover but it was said he identified strongly with the cause as he had suffered from polio as a child.
The wheelchairs will be divided between the association’s three locations in Craighall, Elsburg and Soweto. 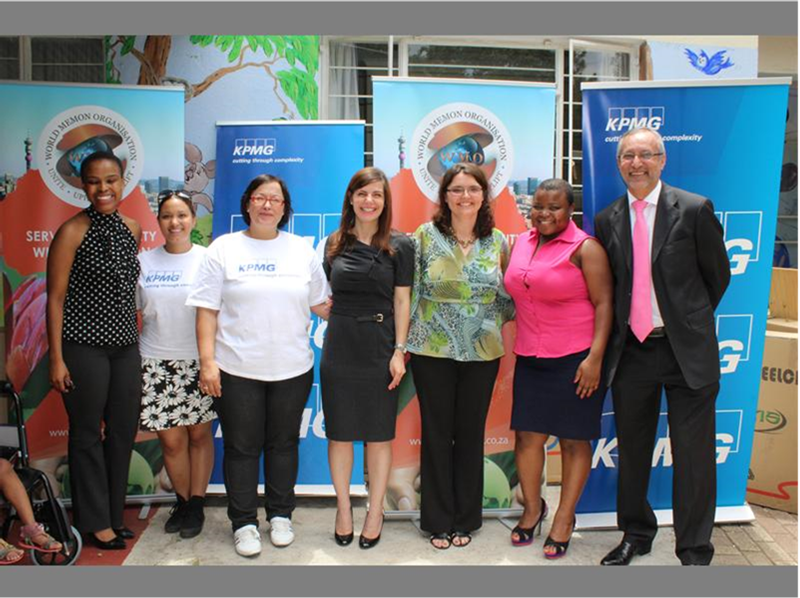 The KPMG team involved in the donation to the Sunshine Association

MANY OF THE CENTRE’S CHILDREN COME FROM DISADVANTAGED BACKGROUNDS AND THE SERVICES PROVIDED TO THEM ARE HEAVILY SUBSIDISED THROUGH DONATIONS.

The centre functions predominately as a day-care with access to speech and occupational therapists, as well as a social worker. Many of the centre’s children come from disadvantaged backgrounds and the services provided to them are heavily subsidised through donations.

The Sunshine Association’s branch in Craighall caters to about 70 children, and classes are separated according to age and pupils’ capabilities.

Shannon O’Keefe, the centre’s director, noted that the school placed a strong emphasis on teaching and encouraging special needs children to become as self-sufficient as possible.

O’Keefe also explained that pupils from disadvantaged backgrounds who are not able bodied, are often carried around on the backs of parents and relatives. The wheelchairs donated will make a significant difference in the lives of these children and their families. 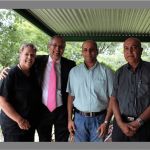 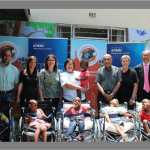 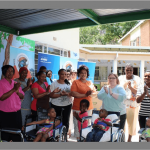