previous
In the first 6 months of Mr. Salman Iqbal's Presidency, the World Memon Organisation has gone from strength to strength.
random
next
South Africa is gasping for air as the rainbow nation is ravaged by the third devastating wave of the Corona pandemic.
0 comments

Mr. Ike M. I. Khamisani, respected board member of WMO North America Chapter Commissioned as a Kentucky Colonel by Governor of Commonwealth of Kentucky, United States of America.

We congratulate Mr. Ike M. I. Khamisani, respected board member of WMO North America Chapter for being Commissioned as a KENTUCKY COLONEL by Andy Beshear, Governor of Commonwealth of Kentucky, United States of America.

He has been conferred this HONOR on the 14th day of June, 2021 and in the 230th year of the Commonwealth in recognition of his over 50 years of HUMANITARIAN services. ​

This is the highest honor awarded by the Commonwealth of Kentucky. A Colonel is Kentucky’s ambassador of good will and fellowship around the world.

Commission as Kentucky Colonel is presented for contributions to the community, state or nation, and for special achievements of all kinds. 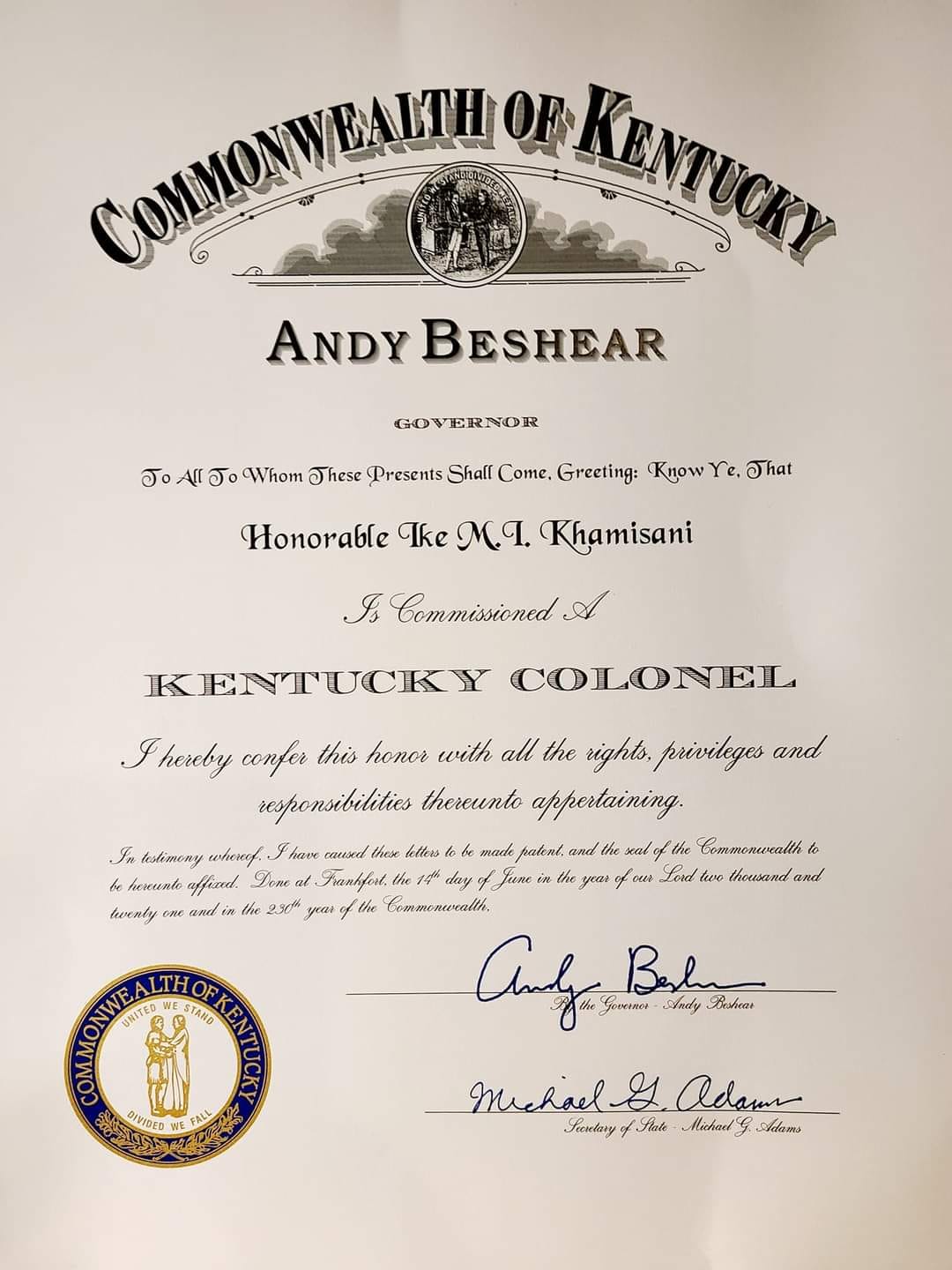