by World Memon Organisation on 3 November 2013 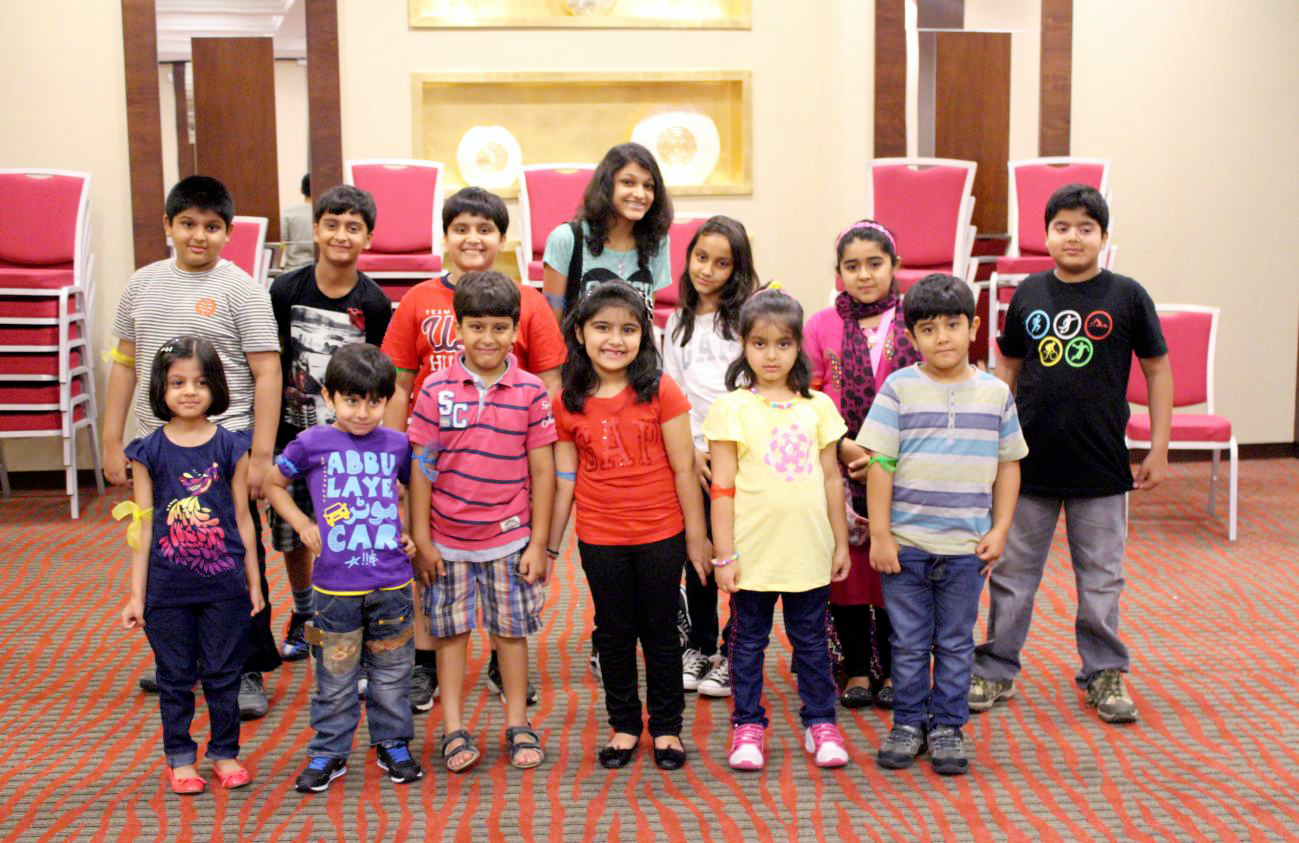 Dubai, 4th October 2013: After several mix events the World Memon Organization Middle East Chapter’s Youth Wing was back with a kids event. – A Kids Weekend Out. The event held a greater meaning as it was dedicated to our late brother Md.Ghazi Vahedna.

Around 50 kids had participated in the event. It was filled with amazing activities such as passing the parcel, throw the ball, quiz, etc. The reason behind keeping such an event was to provide the kids of the community a chance to meet other kids and make friends as well gain knowledge.

The day started around 3:45 pm after all the kids had arrived and went on till 7:30pm. Once the quiz was over, after a tiring day, they deserved a relaxing time. So an animated movie – Despicable me was ready for them to sit and watch. The food was being served along with that. While kids were busy with the movie, the Youth Wing members were busy preparing the giveaways to the kids and calculating the scores for all the games played according to the
teams.

The Event was attended by the Vahednas along with senior representative (Mr Iqbal Dawood – Vice President WMO M.E , Mr Ahmed Shaikhani – ASG WMO M.E, Mrs Shabana Razzak – President WMO M.E Ladies Wing ) and other board members. The ladies wing members were invited as the Chief guests for the evening for prize distribution.

A successful event!!! Making it 5 in all since the inauguration on April 12th 2013. The Middle East Youth Wing has been ahead of all others and will be back with more soon. Keep supporting us and join us at our next event.